On March 3, 1972, the Pioneer 10 planetary exploration probe was launched into space with a message including the coordinates of Earth. In the year 2050, long after having left behind the limits of the solar system, Pioneer 10 was still continuing its long cosmic voyage when it suddenly and mysteriously was immobilized and stopped transmitting. On Earth, this silence was interpreted as a transmission failure. That was a fatal mistake: someone had intercepted the imprudent Earth message and was getting ready to make good use of it: the alien Kesh Rhan race.

In the year 2071, the aggressive Kesh Rhan ravage human settlements within our solar system. Following devastating battles between the Orbital Defense Force and the Kesh Rhan, the human colonies on Mars and Pluto are completely wiped out. Lt. Jessica Darkhill, top pilot of the ODF, embarks on a heroic mission with her squadron to save Earth from the same fate.

First, a potent computer virus must be stopped dead in its tracks or it will set humanity back to the stone age. Using a special device, Darkhill's brain is connected directly to the alien computer and she is able to destroy the virus from inside the alien system. Next, Darkhill and her squadron manages to destroy the well-defended Kesh Rhan flagship and terminate its Lord Commander Arakh' Kreen. With the fall of the flagship, the rest of the Kesh Rhan fleet can be dealt with safely.

Soon enough, the war is over. The Kesh Rhan forces are obliterated. Earth has been freed from the alien menace. All is well within the Orbital Defense Force... or is it? Lt. Darkhill and company discover a derelict freighter while exploring the remains of the battle near Mars. Upon closer inspection they discover something they wish they never had... the Kesh Rhan are still alive, and they are not giving up without a fight. 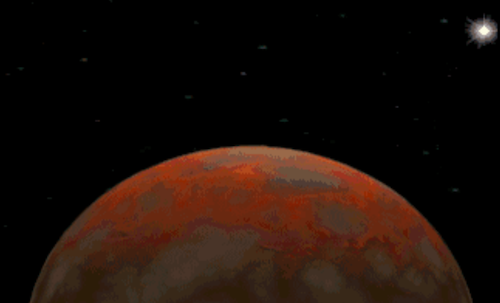 In the beginning was CHAOS...

One hundred sixty-six years have passed since the events described in Chaos Control and Solar Crusade. On Mars, the human colonists have cleared the desert for cultivation. Numerous oases have arisen out of the burning sands. Each Oasis, called a Territory, is, by origin, the property of the Mega-corporation which built it.

The colonization was barely completed when 4 of the Mega-corporations banded together to secede from Earth (only Cyber Trek remained faithful to Earth, the Merchants' Cartel remained neutral). But the alliance of the 4 Mega-corporations lasted only as long as the victory on the mother planet. A bloody and brutal battle raged for several months. It is at that time that, in order to spare human lives, robotic and cybertech weapons began to be used more and more. When the Earth Federation recognized the Territories' independence in the hands of the 4 Mega-corporations, they resumed their old disputes and became independent states.

The vast territory of Olympia is the last enclave of Earth's empire on Mars. It is also a territory whose substratum abounds in extraordinary riches not yet exploited. Of all the Martian territories, it holds the most promise for the future. And, most importantly, this enclave was built around the Martian "Sphinx" in the valley of Cydonia. What are the "powers" of the Sphinx? Only the future will tell us...

Earth is trying to defend against the plans of the 4 Mega-corporations (who possess all the surrounding territories) to control Olympia. Taking advantage of the dissension between the Mega-corporations, Earth is managing to re-establish strong military bases on its last colony. As long as the terrestrials keep to themselves and pose no direct threat to them, the Mega-corporations leave them pretty much alone. 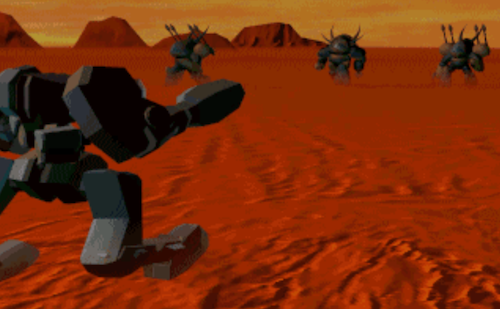 But a new element is about to disrupt this delicate balance: several Kesh Rhan fleets have arrived in the solar system. The Lord Commanders have stationed their respective fleets in geostationary orbit in our system. Contrary to their customary hostile rivalry, the Aliens of the different fleets are not attacking each other for now. But they are also not showing any desire to reunite...

There are 4 Kesh Rhan fleets, which are named after their Lord Commander:

The Aliens' presence and attitude can be explained as follows:

A triangle of hate now prevails on Mars. Mistrust among the Terrestrials, the Kesh Rhans and the rival Mega-corporations is such that the most insane alliances are beginning to form. Each human faction (people from Earth or members of the Mega-corporations), is attempting to ally with one of the Kesh Rhan fleets. Embassies are secretly being sent from the different sides... It is in this way that the Kesh-Rhans finally gain control of several Martian Territories. They even create actual states and play an active role in the vast military-economic chessboard that the red planet has become.

A second event will bring about a surge in violence on Mars: up to now, Olympia has been held under the iron-fist of Governor Xicander. But his disappearance has plunged the planet into chaos. Was this a murder backed by the Mega-corporations? By the Kesh Rhans? Has he been kidnapped? Numerous theories are spread and a war of succession has left a blood-bath in the Territory of Olympia. Some provinces have gone so far as to reclaim their independence, even resorting to weapons. Automatic defense weapons have been stationed all over the place (in this way, if a province were to be abandoned, the weapons would continue to make life difficult for the invaders...).

Four powerful former colonies surround the Territory of Olympia geographically. Now that Xicander is gone, the rush for the spoils is on. Each faction wants its slice of the cake. The final objective of this intense victory campaign is control of the Capital of Olympia. All the forces present are aware of the real stake: Mars is 90% barren and efforts to entirely terraform the planet will be a disaster. The Sphinx is doubtless the key for which everyone is searching:

The war of the worlds is declared!